Tuesday, October 24: How to Avert a Nuclear Confrontation with North Korea and Iran

Tuesday, October 24: How to Avert a Nuclear Confrontation with North Korea and Iran 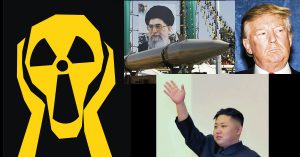 How to Avert a Nuclear Confrontation with North Korea and Iran

While escalating threats of war between the United States and North Korea may appear to be a face off between mad men, it is only the U.S. that has posed a real military threat to North Korea since 1945. The relentless western demonization of North Korea has effectively prevented understanding the country. A somewhat less contentious situation has existed between the U.S. and Iran since 1979.

Dr. Sharat G. Lin, whose has been to both countries, explains the realities in both countries and shows a pathway to denuclearization, peace, and coexistence.