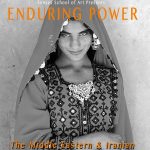 for a Collaboration on a series of Photography Exhibits–

See interview with Anita Heckman about the partnership between Senses Cultural and RCNV:  http://sensescultural.org/2015/07/02/a-new-collaboration-with-rcnv/ 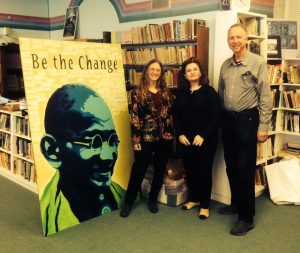 Enduring Power’s 44 images represent a wide range of experiences, aspirations, fears and realities of Middle Eastern and Iranian women from Yemen, Egypt, Bahrain, Iran and Kuwait.  A collection of work from seven female photographers of Middle Eastern backgrounds, Enduring Power shows an intimate and unique perspective of an otherwise private world to the American audience.

Senses Cultural and the Resource Center for Nonviolence are collaborating on Senses Cultural’s traveling photography exhibition, Enduring Power: the Middle Eastern and Iranian Woman’s Story. The exhibit is scheduled at San Francisco State University from September 21-October 15. The exhibit will travel to Santa Cruz later in the fall, 2015 or 2016.

There will be a Keynote speech from Ms. Karen AbuZayd followed by a Panel Discussion among guests and SFSU faculty. This will be an opportunity to reflect on the photographs as well as dig deeper into the issues they highlight and larger statements that they make regarding the Middle East.

This San Francisco exhibition is dedicated to Ms. AbuZayd for her life-long and unwavering devotion to humanitarian causes.  Ms. Karen AbuZayd, a former American Diplomat who served the Office of the United Nations High Commissioner for Refugees (UNHCR) for 19 years, first started started her career in humanitarianism in Sudan in 1981.  She was theCommissioner-General for the United Nations Relief and Works Agency for Palestine Refugees in the Near East from 2005-2010. Currently, she is one of four Commissioners for the UN Human Rights Council’s Commission of Inquiry on the Syrian Arab Republic and serves on the boards of the Middle East Policy Council in Washington, UNRWA/USA and Americans for a Vibrant Palestinian Economy (AVPE).

For more information regarding the collection of photographs featured in Enduring Power and the photographers who captured them, please visit Senses Cultural’s website, www.sensescultural.org.