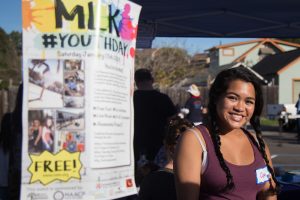 Hello everyone, my name is Cipi Espaldon and I am excited to be a new part of the Resource Center for Nonviolence. I am now the new Administrative and Program and I the center and I will be in charge of office tasks and with creating and hosting events to strengthen our community as I am looking forward to meeting all of you! I will also be in charge with posting weekly blogs and I hope I can make this interesting to current and future listeners!

I am a recent graduate of UCSC with a degree in Theater Arts and Sociology and I have a background on working on events and workshops on different issues such as body image while having on heavy interest in theater. I have been a member of Rainbow Theater, a multicultural theater arts 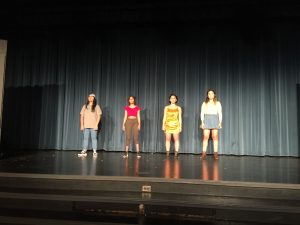 troupe that presents works chowing diverse stories of people of color that reflect the social problems that affect us. I recently directed a show called “R.A.W. (‘Cause I’m a Woman)” that dealt with the perceptions of Asian women in America, adding a 2017 twist to the work with personalized monologues tailored to the actress’ experiences.

Works such as this are examples of what can be 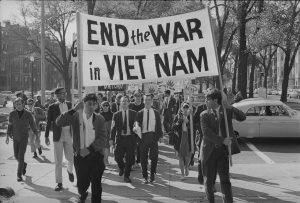 called artivism, a combination of the words art and activism. Art has been used throughout history to represent social struggle as well as to protest them.  Art through its different medias have been used to reflect these problems, such as the musical response to the Vietnam War and the Civil Rights movement with the rise of Motown, such as The Temptation’s “Ball of Confusion” and Edwin Starr’s “War.” Artivism also incited action like with Martha Reave’s “Dancing in the Street” and Motown itself encouraging black youth to go out into the streets by rallying as a collective and speaking out against civil injustice. 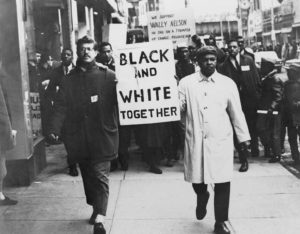 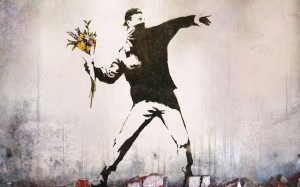 Artists such as Banksy is known for his graffiti art that depict symbolic artwork that can be seen as controversial in its content and in how it was put there. Banksy is able to make his art accessible to everyone, showing them his ability to use a form of satirized commentary on various political and social issues. Like the practice of nonviolence, artivism can also pose many obstacles and sacrifices that the activists have to face, such as Banksy’s anonymity and his controversy of defacing public property and the privilege he has of speaking out and potentially silencing the communities that his artwork represents. 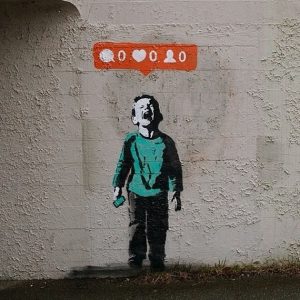 Modern activism now is aided by our new technology and by the use of social media networks. This is also true for the use of artivism. Rand Jarallah is a Palestinian woman who uses make up to raise awareness about social problems that plague women and girls and uses social media to make her artivism accessible to those who use these platforms. She used the campaign #7daysofMakeup to speak out about the need for women and girls to have access to sexual and reproductive health services during time of conflict, natural disasters, and other international emergencies. 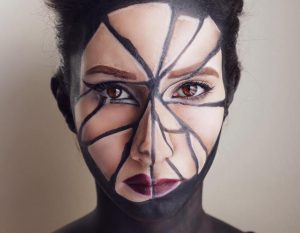 Artivism is still relevant today with the First Friday Art Exhibits that occured everywhere in Santa Cruz. The Resource Center for Nonviolence hosted several exhibits as well: Allison Garcia’s “Black Lives in Santa Cruz Matter,” Melissa West’s variety of prints that reflect different injustices, and Sara Friedlander’s “Stonewalled in Jerusalem” mixed media installation. We are proud to have hundreds of participants throughout the night and are open for more people! More info can be found on the first Friday facebook event and in rcnv.org. These works of art will still be available for viewing until February 26 and feel free to come by during our hours! Come by and Support Local Santa Cruz Art. 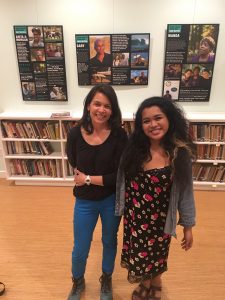 Check out our upcoming event on February 10, 2018 from 2-6 PM at the Resource Center for Nonviolence!