What is Happening in Palestine?

What is Happening in Palestine? 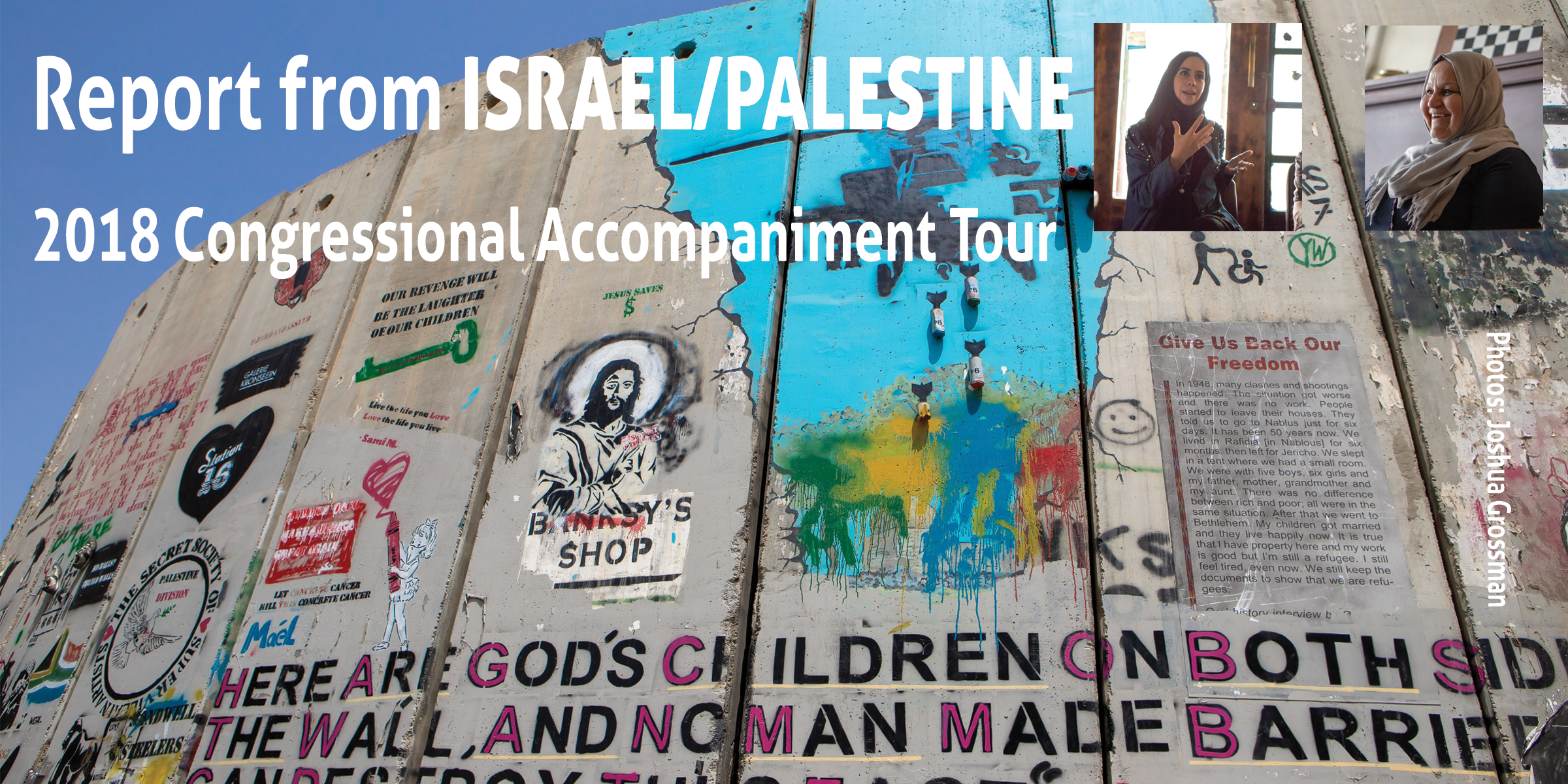 Within the last few weeks, there had been a Congressional Accompaniment Tour with local Santa Cruz delegates, Tom Helman, David Furnish, Joshua Grossman, Peter Klotz-Chamberlin, and Rose Leopold, Executive Assistant to Congressman Jimmy Panetta, which took a trip to Palestine Gaza. The group had visited cities and villages under military occupation, including East Jerusalem, Bethlehem, Hebron, Aida Refugee Camp. They met residents of Susiya village, the Bedouin village of Khan Al Ahmar, and Al Aqaba in the Jordan Valley, all under imminent threat of demolition by Israeli military court orders, and they visited Israeli fortified cities in the West Bank, Ma’ale Adumim and Kfar Adumim. They met with community leaders and members that told them of their lives under the scrutiny of the Israeli government. They had witnessed Israeli court proceedings that kept Palestinian children away from their parents by labeling them as criminals for the crime of throwing rocks at the anger and frustration they could no longer contain.

Through the media, we only see snippets of the truth with both sides being seen as the right and wrong. “The Great March of Return” as labeled by its Palestinian organisers was a peaceful protest a few hundred yard from the heavily militarized border of what is supposed to be their home. These protestors had been labeled as rioters, with Israel claiming the march as “a well-organized and violent terror-gathering,” at borders where Israeli military regularly shoot young Palestinians who only have rocks and stones against their bullets. So far, more than a dozen Palestinians had been killed and hundreds wounded by Israeli troops, a small number compared to the years of conflict that have already been raging in the territory becoming one of the many massacres of peaceful demonstrators.

Trump and his administration had provided only 65 million of the 365 million dollar budget given to the United Nations Relief and Works Agency, severely slashing US aid to Palestinian refugees and placing the UNRWA in the worst financial crisis in its history.

Those suffering from his conflict, the refugees, the homeless, the struggling, but those with at least a glimmer of hope are marching and protesting for visibility. They feel that no one looks or thinks about them and will continue to camp daily to show that they are human beings that also deserve the right to live. On the Congressional Accompaniment Tour, local residents were fortunate to meet with the few people of Gaza who were given a few hours of clearance to leave the heavily militarized border, while others met through Skype to make sure they are seen and heard. The truth needs to be spread to those not directly affected by the conflict but can help; the truth needs to be spread to us, not just in Santa Cruz, but to the rest of the United States and to the world.

Come join us tonight at the Resource Center for Nonviolence to listen to the local residents who went to Palestine/Israel and can tell you first-hand what is happening there that the news may not be able to see. Join us and learn the truth so we can further our fight for justice through nonviolent means until we no longer have to see bloodshed. The Middle East report is tonight at 7 PM, admission is free and no one will be turned away. As Martin Luther King Jr. said, “injustice anywhere is a threat to justice everywhere.”

To learn more about one side of the CAT trip, check out an article written by local residents: http://mondoweiss.net/2018/05/life-in-gaza/. 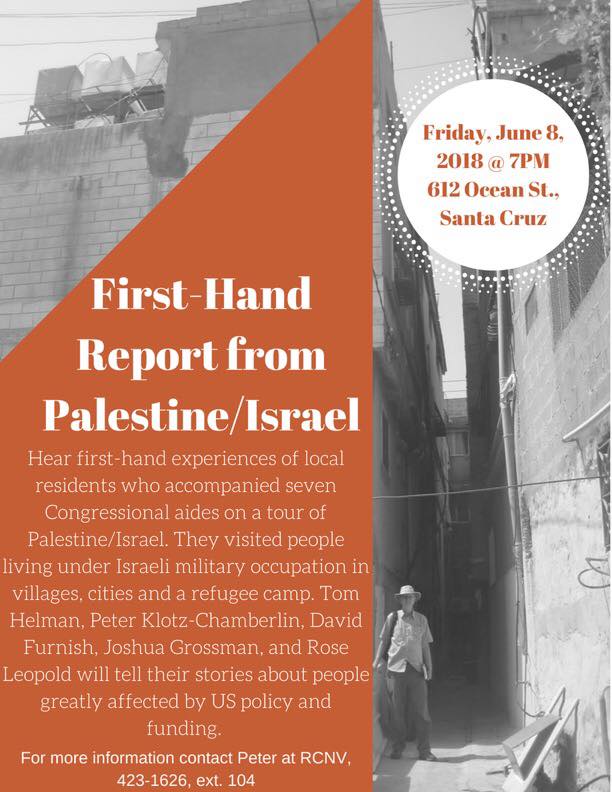